52 Projects: Give Me Some Space

Dawkins is a cheap PC I bought years ago to act as a server. It’s been chugging along uninterrupted under my desk for quite a while (like 5 years).  It runs the CentOS version of linux doing multiple duties including acting as a: 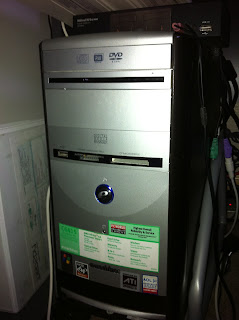 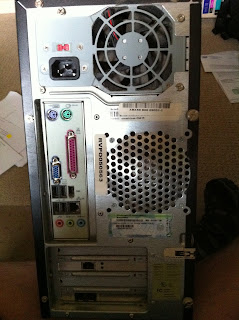 Lately Dawkins has been slowing down - I think there's a problem.
Here’s the problem
As the picture shows Dawkins is running out of hard disk space. My experience (and Dawkins is just reaffirming this) is that when linux machines get low on hard disk space performance degrades. Disk swapping etc I guess. So it’s time for an upgrade.

What kind of drive do I need?
This is an old beast. I don’t believe this has very advanced drives so the best way to approach this is to shut Dawkins down, open it up, and see what’s there. The shutdown command in linux with the -h (halt) option should do the trick: shutdown -h now

Ewwe - Dawkins is dusty inside. Lets take him out and dust him off (I learned long ago not to blow the dust out of a PC indoors…well OK not that long ago). 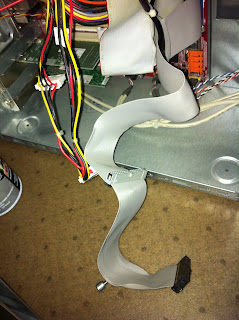 Now I need to get the old drive out to see what kind it is. A Barracuda 7200 160GB drive! State of the art in 2004. We’ll get something bigger and just leave this as the boot disk. 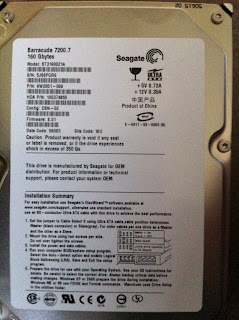 A little more background research…
But before I do that it’s been years since I’ve done admin work on a linux machine - I need to figure out how to find and make the drive accessible once I get it in. A little internet research is in order.

One of the really nice things about linux is the community of folks that will help you with stuff. A quick google search on “Adding a Drive to a linux system” turned up this site which provides exactly what I’m looking for (it seems anyway).

Off to InfoTech
Infotech is a great local computer store. They’ve got everything a geek (and post-geek like me) could want at reasonable prices. I found this 500gb WD Caviar drive for $80. 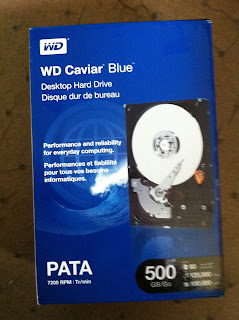 Drive installation was pretty easy.  Just screw it in and attach the cables (power and data).  I’ll let the pics speak for themselves. Only issue was making sure the jumpers on both drives were set appropriately. One had to be the master and the other the slave.  I dug up the manuals on-line and set them appropriately.  You use these little bits of plastic that are easily lost to set the role of the drive. 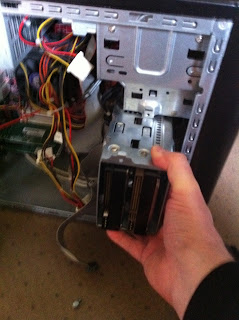 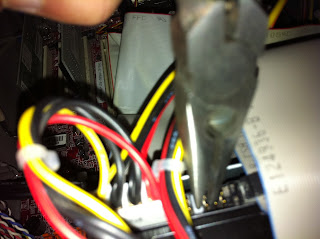 Restarting Dawkins
The moment of truth 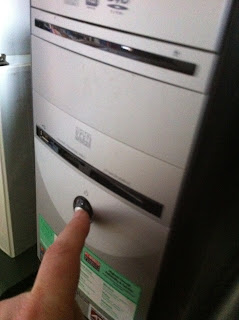 I followed the instructions above mostly. Only thing that didn’t work was setting the drive as an extended partition - it wouldn’t format if I did that. Googling around I found that if I set it to be a primary partition it all would work. Sure enough it did. I honestly don’t know the difference between extended and primary and I really don’t care. I’ve got 500 gig’s of extra space on my server!

That’s it for this week. I’ve got several ideas for next week depending on the weather and my mood. I have to start prep on the Garden and the picture below is my office floor mat (you’ll notice it’s breaking up). I was walking through Costco the other day and saw some bamboo flooring that was pretty cheap - I wonder if I can make my own floor mat? 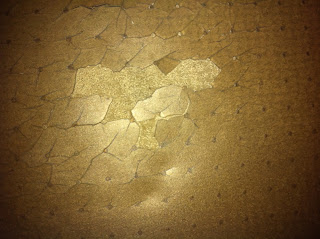